Impact start-up Soil Heroes has been working for nearly 2 years with their remote (but close at heart) tech team from Tweede golf to develop their Fairchain platform from a concept for monetizing the environmental impact created by regenerative farming into a fully operational product. After delivery of the MVP, Tweede golf is now supporting Soil Heroes in the scale-up phase and beyond.

In this case study we will talk about the challenges Soil Heroes faced and how we addressed them.

At Soil Heroes we are closing in on the delivery of our SH Fairchain platform MVP [...] We could not have done so without our team at Tweede Golf; we call them our ‘tech team’, their actual role and contribution goes far beyond that.

The Soil Heroes family (consisting of a foundation and a for profit entity, Soil Heroes Foundation and Soil Heroes Operations) has a clear goal: to enable farmers to transition to regenerative farming and to do this at scale. The family was started for farmers by farmers (and experienced entrepreneurs) and is backed by both Dutch and international investors.

It was spring 2019 when Jeroen Klompe, founding farmer of Soil Heroes, and Jens van der Veer (product owner) met with Tweede golf’s (TG) Hugo to discuss their first ideas. They had secured their first funding and asked if TG could possibly be the long term partner they wanted to bring on their product development journey ahead.

In terms of software development for their product, the challenges they knew they faced at the time were:

It was clear from the start that something completely new had to be created. There were no off-the-shelf solutions available that could get close to do what was required: 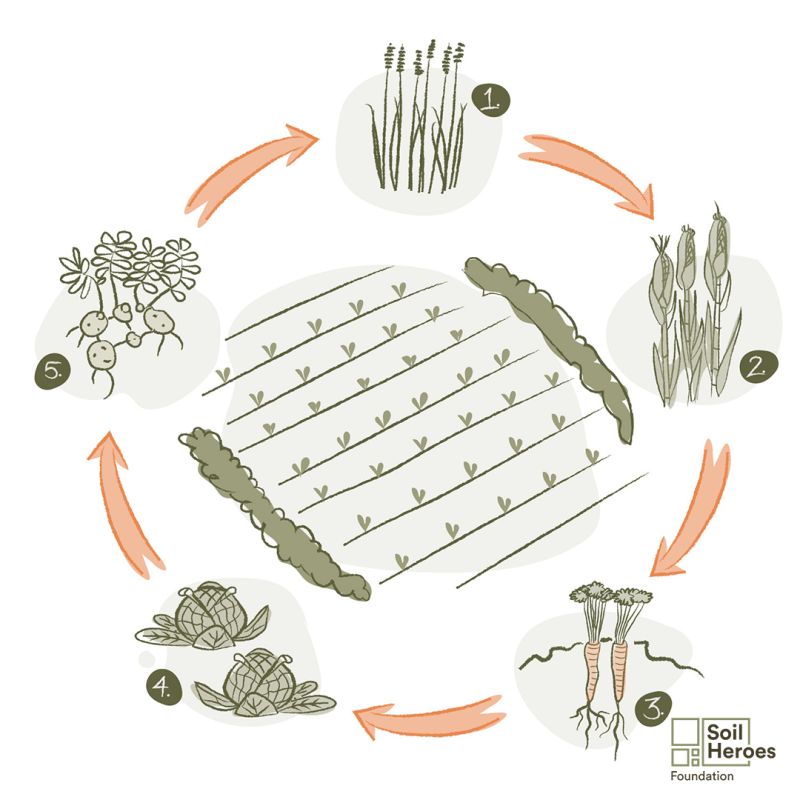 2) Moving from a concept to a system quickly

At the time the blueprint for the system was still a one-slide concept. This concept had to be turned into requirements and a system that would satisfy users’ needs. As for any start-up time is of the essence, Soil Heroes did not want to get stuck in this process for too long.

One of the principal choices to be made upfront was “do we go for a blockchain based platform from the start, or are we going to create an MVP using standard crypto for the ‘proof’ use cases we have?”. Going down the wrong path would be costly and presumably very hard to get back from.

Soil Heroes knew it would expand their team with a data scientist soon, who would set out to develop science based custom models, for example to determine CO2 sequestering and improved water holding capacity. A requirement for the software developers: be able to collaborate smoothly with the data scientist and translate those models to production software.

Jeroen and Jens moved quickly after we first met them. Within a couple of months they made the decision to outsource software development. As their founder team did not include someone that fitted the CTO-role, they concluded that the delay involved to fill that gap and subsequently successfully hire a bunch of software developers was unacceptable. Their preferred way of operating for the next two years would be to work with a software partner that could provide a highly skilled tech team and start immediately. If the plan would work out, then would be the time to start building a development team of their own.

What they required for this first phase matched both our preference for committing long term to a client as well as our web engineering and workflow automation expertise. In those early stages we also discovered we had a similar vision on the road ahead, as Jens phrased it “I really saw a match in the lean approach to product development both Soil Heroes and TG preferred” and “getting to know each other we found out we both had a desire to make a positive impact”.

In the autumn of 2019 Soil Heroes chose TG as its tech partner for the next couple of years and the development team was formed. Until this day, it has been led by Jens van der Veer as Product owner and from Tweede Golf side by Hugo van de Pol as Scrum master and Marlon Baeten as Tech lead.

Ability to turn the concept into requirements

Without a doubt, the ability of the team to continuously work together closely with Jens to turn the 1-page concept from the start into workable requirements, was and is one of the key success factors.

In the end this close collaboration is for a large part made possible by Jens’ ability to clearly communicate Soil Heroes’ goals and to trust the team to come up with the best solutions possible, in terms of effectiveness, cost and flexibility.

Also, Soil Heroes invested a great deal at the start in really getting to know each other and to share insight in the Soil Heroes’ domain. Looking back Jens refers to this as “one of the best investments we made”. 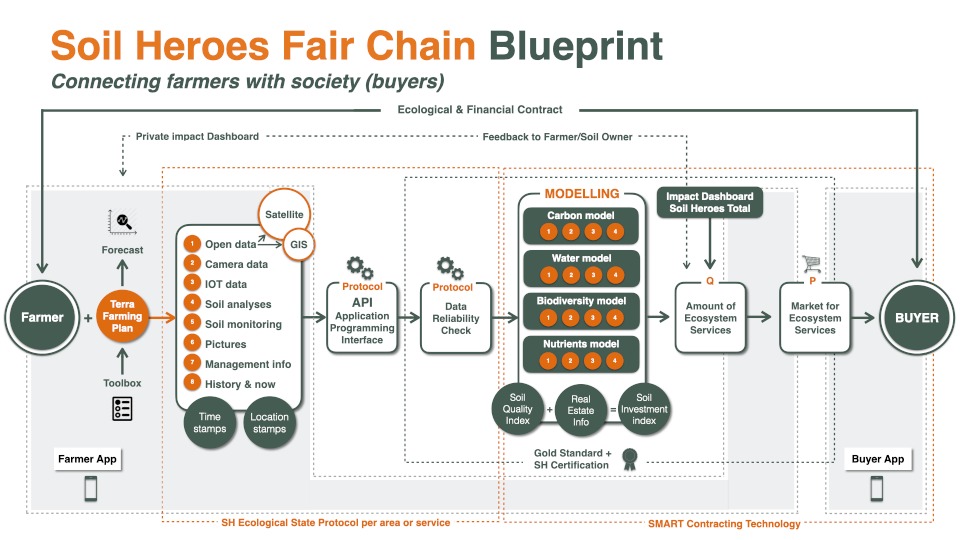 Delivering an MVP on schedule

Of course a product development collaboration can hardly be a success without software being delivered on time. A few months into development, right on schedule, the team delivered the MVP with all functionality for farmers, buyers as well as Soil Heroes’ administrators to support end-to-end transactions. Doing so, we were able to manage the inherent complexity of the system ensuring that development speed is still up today and the code can readily be maintained and extended. 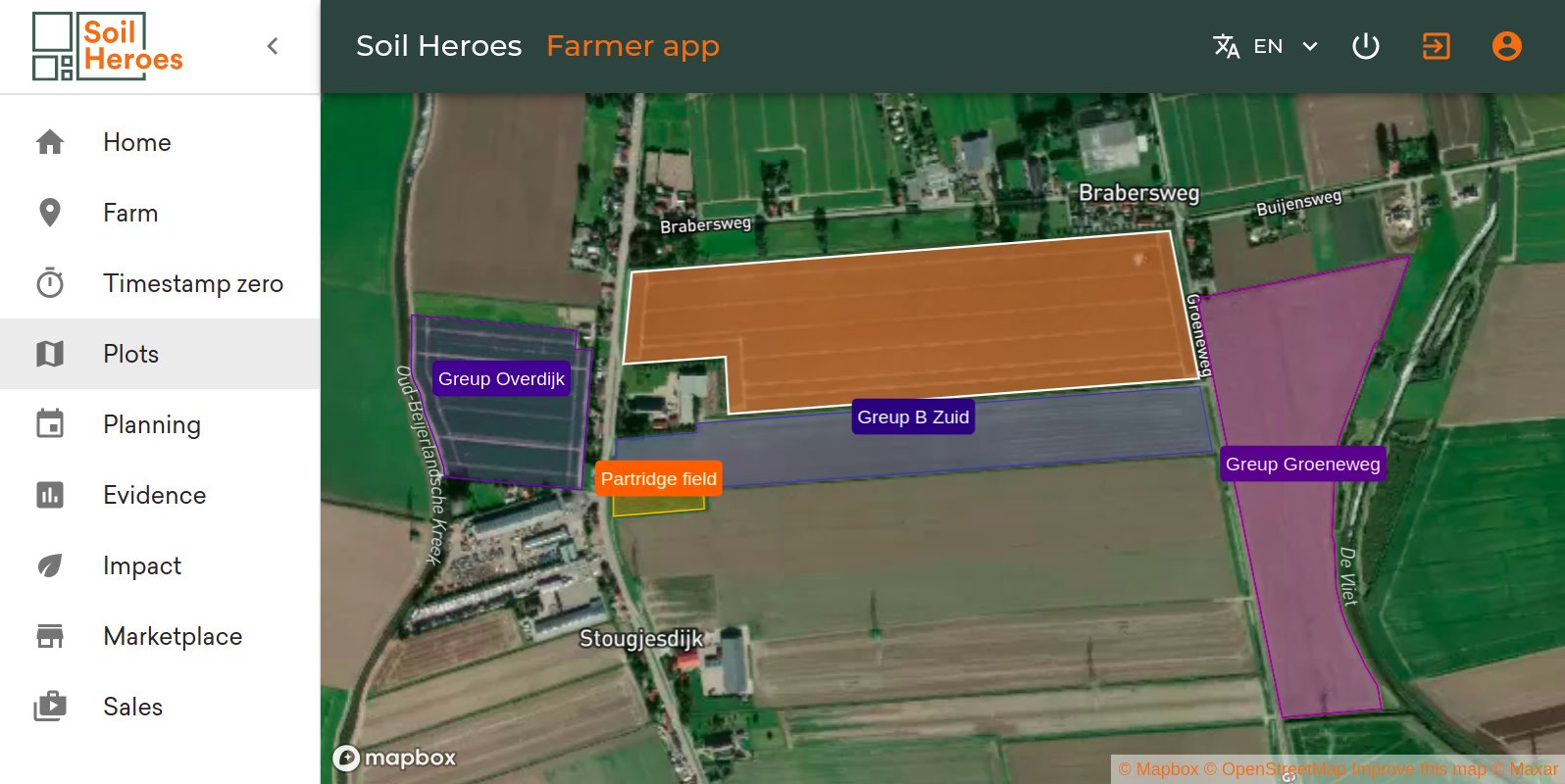 Finally an important - less tangible - success factor was the close collaboration between Jens and the development team and the interpersonal connections that grew. These bonds also led to a broader relation between the Soil Heroes and Tweede golf as companies, sharing knowledge more broadly and learning from each other in several areas.

Key results and road ahead

To round up, some of the most important results so far are:

Soil Heroes is scaling-up and will continue to work with Tweede golf for the foreseeable future.