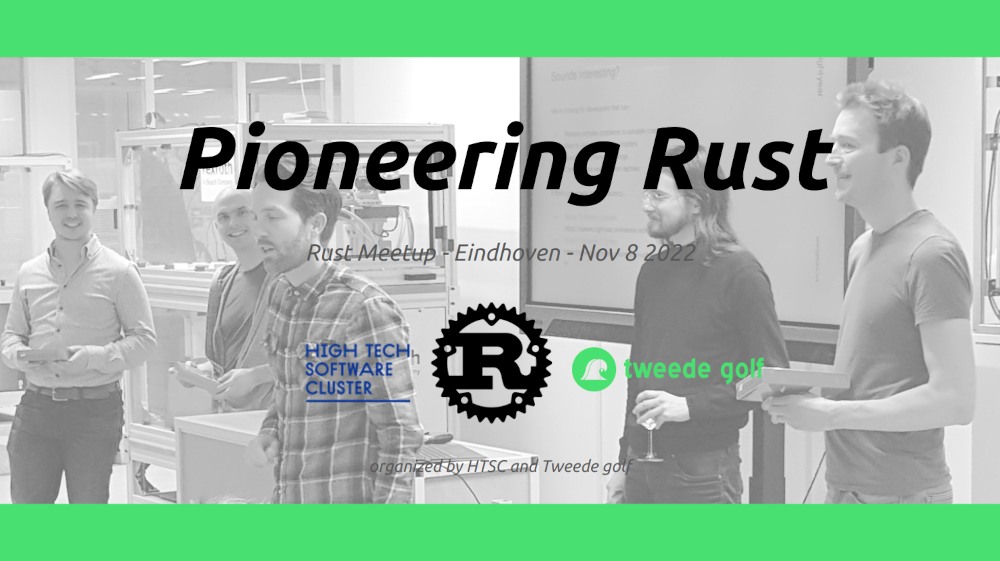 Pioneering Rust in the high-tech industry!

Together with High Tech Software Cluster, we organized an event to showcase Rust’s strengths and safety features to tech companies in the Brainport region in the Netherlands.

I welcomed the 40+ developers, architects and tech decision makers, and introduced the line-up for the event:

The talks covered both techical details as well as the questions, "Why should I use Rust?", and "How can I start using Rust?".

What's Rust all about

Dion kicked off the evening with an introduction to Rust, the tooling and the application of Rust for embedded systems. 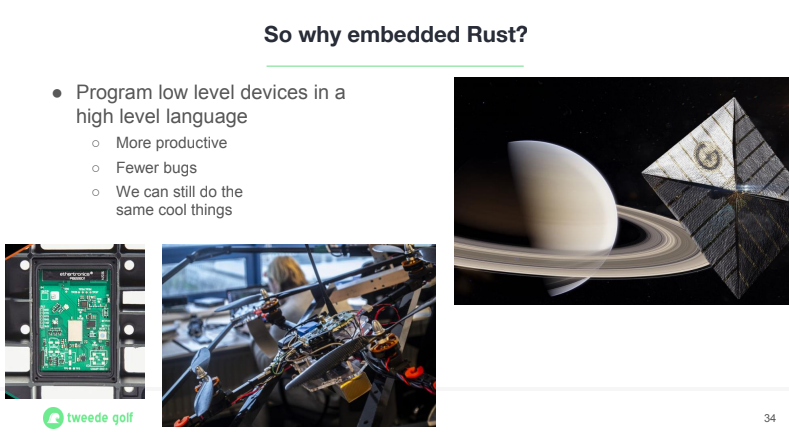 Slide from Dion's talk: Embedded devices being built with Rust

Slides: What's Rust all about.

Jos is a security researcher at Midnight Blue and talked about how they discovered 100+ vulnerabilities in 14 popular TCP/IP stacks. He showed the problems that are inherent when developing in C, and about the shortcomings of existing tools and methods (testing, fuzzing etc) to try and mitigate those problems.

Testing can be used to show the presence of bugs, but never their absence!

Slides: To C or not to C

Wouter, hardware engineer and Rust developer, walked us through the process of using Rust in an existing project, answering the question: how can I take advantage of Rust ("Strict, Safe, Efficient"), without having to start from scratch? 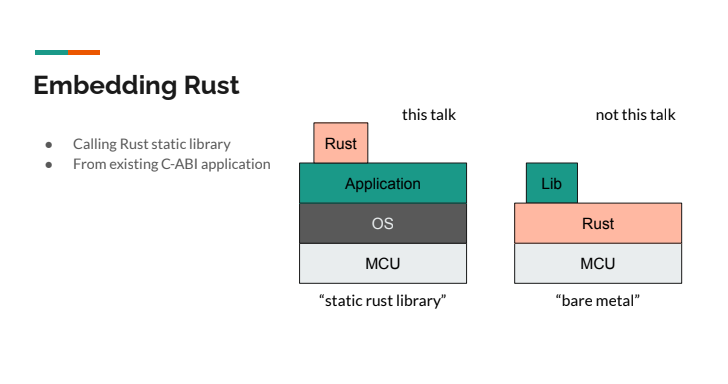 Slide from Wouter's talk: Using Rust in your existing project

Jorrit is a software architect at Lightyear, and gave us insight into why Lightyear chose Rust and how they use it in the development of the Lightyear Core Platform. 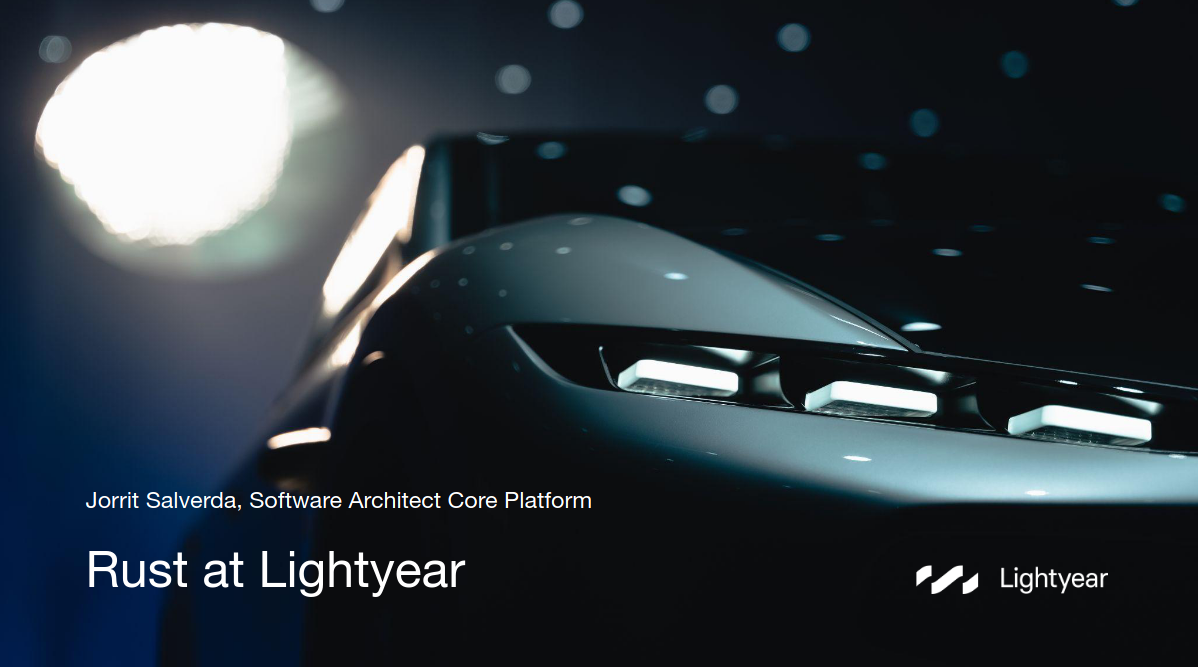 More information on the event can be found on the High Tech Software Cluster website.

I want to thank everyone who attended this evening! And special thanks to the speakers Dion Dokter, Jos Wetzels, Wouter Geraedts, Jorrit Salverda and our fellow sponsors High Tech Software Cluster and Technolution.

We can help with:

Considering starting with Rust? Have a look at our Rust services page or contact me!

I’ve organized a couple of Rust meetups in The Netherlands this year, and last was not least. On Nov 30 we had four very interesting talks and a cool crowd at the Rust in critical infrastructure meetup in Amsterdam. A round-up.

First-up is Henk Dieter, backend developer at Tweede golf. He has been interested in Rust for quite some time. Actually, it’s how Henk Dieter found out about Tweede golf, as it was one of the first companies in the Netherlands to adopt Rust as their weapon of choice.